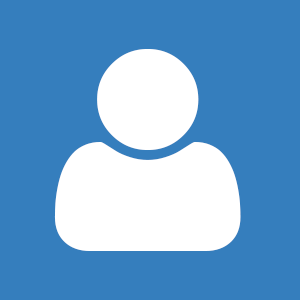 I worked with Chapter 5 in Tristram Shandy. The main issues I ran into included s being turned into f or { because of the font. As for the latter, we could default { into s. For the former, we could take the words the OCR spits out with f in them and run them through a dictionary. If they are words in the dictionary, the f stays and if not, the computer converts it to s. Using a loop in the programming, we could do this for all combinations of letters if there are multiple f’s in a word. Additionally, w almost always came out as vv or yv. Since these letter combinations are much less likely than w, w should be the default. The same is true with m being converted to rn and in (although these letter combinations are more likely). Therefore, I think going back to running the output through the dictionary for words with letter combinations like this would be a good idea. (In fact I think running all words through a dictionary would be a good idea and flagging those that don’t show up to be checked would be good. However, this could take a lot more time and would require someone to look through the flagged words). As for the names in italics that didn’t translate close at all, I don’t know if there would be a way to either train the OCR to be better at recognizing such texts or another tool that could be used to get at least more of a semblance of the word in the translation.

In translating a piece to plain text, however, we lose some of the stylistic elements chosen for the book, such as an enlarged first letter, or the syllable at the bottom of the page to help in reading aloud (which may not be missed by readers now, but is an artifact of the culture at the time that sheds light on the period). Also lost are varying text sizes (like we saw on the title pages) as well as images and the effects the font itself might have (emotional or cultural, such as the s that appears to be an f- or at least so says the OCR). In terms of symbolism, also, there is something lost by turning the image (as its own piece of art, chosen by authors and editors and printers) into a plain .txt file or Times New Roman and thus from art (and a physical commodity) into merely another computer file. Whether these losses are important, however, remains up for debate and likely depends on the manner in which the texts are used. For example, while stylistic elements may be lost, other elements may be gained by turning it into text. For example, text can be used in different ways, such as through Voyant for analysis. It also allows for changing font or size to increase readability for those who are visually impaired or otherwise wouldn’t be able to read.